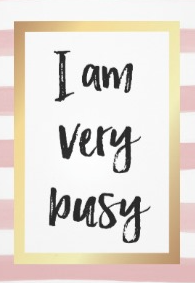 I sat down at the table excited to talk to a friend I hadn’t seen in awhile. As we ordered lunch, I asked him how things were going.

He told me things were going so well in fact, that he was looking to hire a new associate.

Over the last few months, his firm had struggled to keep up with all the work. He had stopped going to his 5:30am cross-fit class because he had to be in the office early. He was in hot water with his wife because he was staying late at the office, missing family events. He worked nights and weekends. He was optimistic that things would get easier once they hired another associate.

I left the lunch with the assumption that my friend was busy, but good. With a request to keep an eye out for a good associate candidate, we parted ways promising to meet up again soon.

Isn’t this a typical networking lunch? We entertain each other with stories proving how busy we are over sandwiches. We’re all busy, but good. I hear some version of that phrase at least once a week (and I’ve said it too.)

But are we busy, and is everything really as good as we say it is? Sometimes not.

I met up with that same friend a few months later.

He tells me things are still busy, still good. They’re close to hiring an associate.

But then he let’s something slip. He’s frustrated that people aren’t referring him business. He regularly attends a local networking group, but hasn’t received one referral. He’s squeezing in breakfast and lunch meetings with potential referral sources, but no new business has come his way.

What is my friend doing wrong? Like many of us, he’s showing up at networking events. He wants new business. Unfortunately, he’s making a very common mistake that’s costing him referrals. A mistake that I think you might be making too if you’re not getting referrals from your network.

My friend likes to tell everyone how busy he is. It makes him look successful.

Why won’t they refer you business?

When you tell people you’re busy, you are actually telling them that you don’t need any more work!

My friend looked so successful in fact, that people assumed that he must be doing well. If he’s doing that well, he doesn’t need a referral. They’ll send their referrals to someone they know who needs them.

I didn’t know my friend needed or wanted more work. In fact, he told me at our first lunch that he had more work than he could handle. If you tell me that you’re working 18-hour days, and haven’t had dinner with your family in months, I’m not going to add to the pile, and other referral sources won’t either.

If you’re not getting referrals from your network, and you are in fact networking, ask yourself: when I’m talking to a potential referral source, am I asking them for referrals or are am I too busy telling them how busy I am?

We’ll talk more about asking for referrals next week, but for now, think about how you talk about your work and your “busy-ness” before you head out to your next networking lunch.